I have in mind to create an App. I have a great idea, I know and understand how to carry that idea out and develop said App, that is, I am sure about the niche, market study and feasibility of creating the App, and in addition, I am sure of the purpose of the App, whether it be monetization or something else. But, one must ask what we all do at this point; how do I get downloads for my App? Where do the downloads come from? I will explain clearly and directly.

According to recent studies: 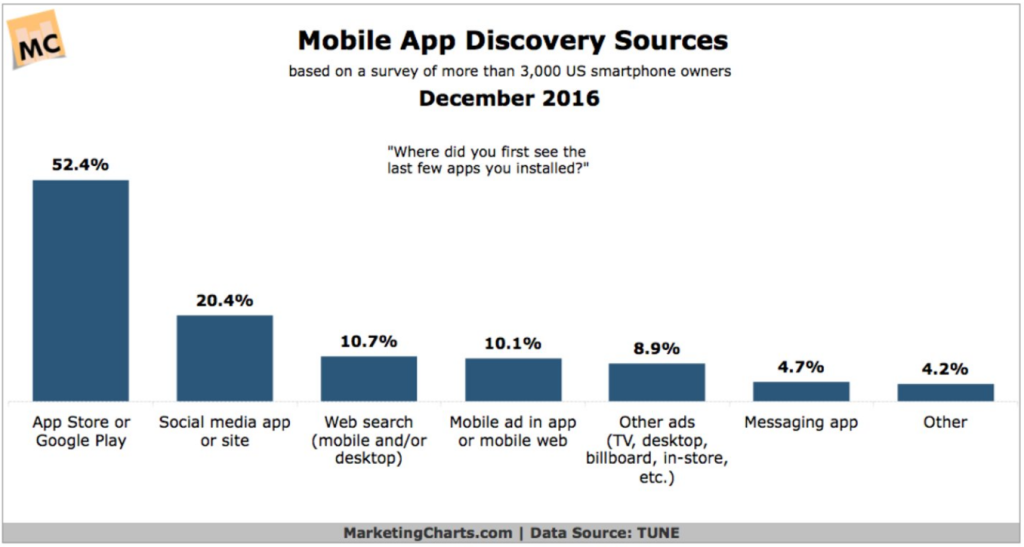 As you can see more than half of the downloads are generated from the application markets themselves, known as organic downloads. And, how can I get organic downloads? Through the good positioning of my App by specific keywords.

Is it possible to position well within a few weeks through good ASO work combined with initial App Marketing? The answer is, yes! Although we may find ourselves with comments that differ from the above, but to do this we will see and show it.

For the course I teach in Benowu, I created an application, Relax Meditation Therapy Music, in January 2017. An App that is being used to show how to make an App easily, position it and monetize it, within a very popular and competitive niche.

The idea, as always, is to start with good, completed ASO work, driven by App Marketing. This will gradually lead to the number of organic downloads exceeding the number of downloads by other routes, with the ultimate goal of positioning the App in keyword and featured TOPs. So, as we see, in the first week almost all of the downloads did not come from the Apps market, Google Play, but from Adwords or a third avenue. 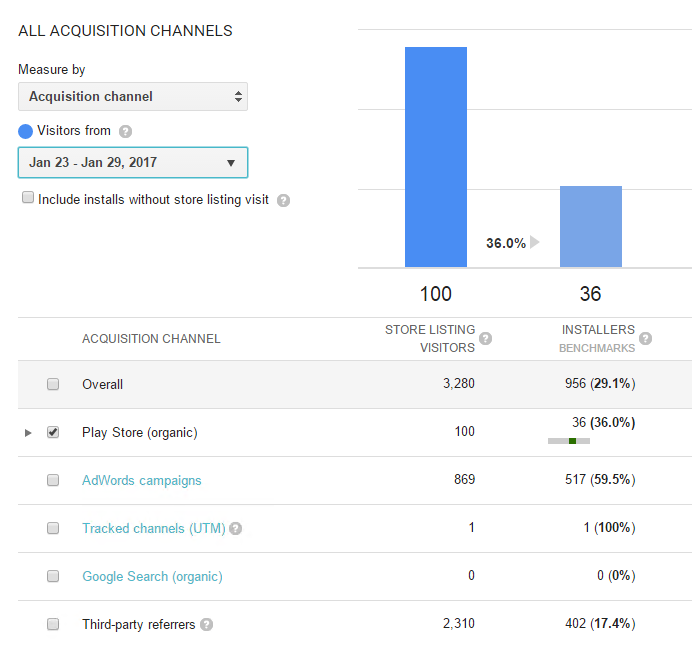 However, around three weeks later, the situation has been reversed: 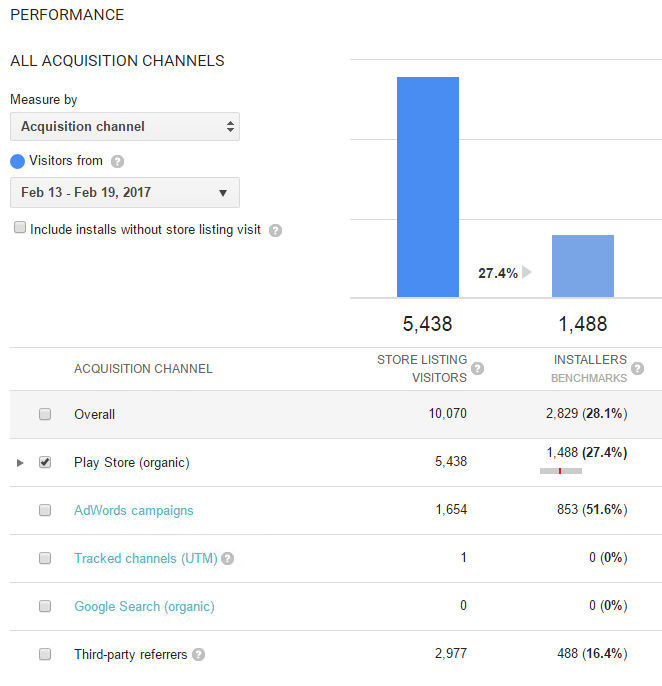 Due to what? The good positioning that the App has taken quickly because of particular key words. For a country such the USA, we see which position the App takes by different keywords, I repeat, in less than 4 weeks! Coincidence? Or, good work in ASO and App Marketing? Overtaking hundreds of more long-standing Apps, with better ASO factors and above all with little time and investment in the market. We should not be afraid to get into exploited niches if we know how to use ASO and work with App Marketing!

The ideal is always, at first, to use “App Marketing” (in this article we cover everything that this entails to clearly differentiate it from “ASO”), to gradually enforce the good “ASO” work previously done, and obtain, in a few weeks, the bulk of the downloads in an organic way. This will:

Graphics of active installs throughout the life of the App.

As we know, the positioning in Top Charts or Highlights goes hand in hand with good positioning by keywords, and the very growth of the App. With that, I leave you with a recently received email from App Brain, a very useful tool in the mobile world. 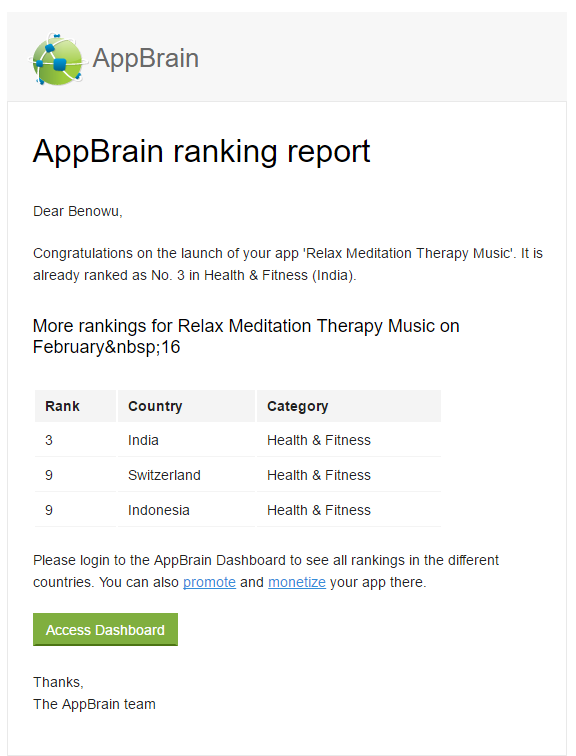