Skip to content
Fornite: How to get the video game that has become a cultural phenomenon

Fornite is one of the games that is hooking many players, even the smartest has tried it, and according to the news on the web has caused divorces and family fights, but what is this video game?.

To begin with, the company responsible for its creation is Epic Game, and it emerged in a game jam in 2011, in California USA, an event that brings together developers in order to create one or more video games for a short period of time (24 to 48 hours). Although it was officially launched in 2017, in a paid version with advance access, it is now free.

The inventors of Fortnite merged games both construction, as famous Minecraft and Terraria, and shooting genre, based on the technology Unreal Engine 4, created by this company, for consoles and pc, where the user to play in first person in shooting video games (written in C++ language).

Now, this videogame has been very successful worldwide, raising hundreds of millions of dollars online, becoming a cultural phenomenon, as many celebrities have recognized that they play Fortnite. Although he has been nominated for several gamers world awards, in the summer of 2018, he won as “best game of choice” at the Teen Choice Awards. Could that be why he has as much pull or will happen to him as to Pokemon Go?.

To try to dispel this question, below we’ll describe the main features of the game and how to get it.

There are two modes of this video game: “Save the World and Battle Royale.“

In both modes include the following generalities:

Plus, if you’re among the top 10 players, you’re going to some kind of metagame.

How to get Fornite 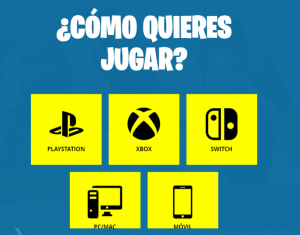 This video game is available in the following formats:

For Windows, MAC, iOS, PlayStation 4 and Xbox One. According to the official website the requirements for PC are as follows:

In the case of mobile applications, a unique event has occurred, and that the company has not used the Google Play platform to host its app. Much is said about it, that if they do not want to share the profits with the store (30%), that if the creators want to offer it freely to players, and so on. However, as always, if you are willing to run the risk of downloading it, make sure it is from the official website and avoid malware.

In that sense, since September 2018, the Beta form has been available. For both iOS and Android players, the latter can be accessed through an invitation sent by the company to your email, so you will have to register and be on the waiting list. Therefore, you must follow the following considerations:

Now, if your phone has not been mentioned, but meets the following requirements, the application can work on your mobile:

For iOS devices, you can also visit Fornite.com, download the game, and start playing immediately.

As you can see, this viral video game contains an explosive combination of online gaming, first-person shoots, fortification constructions along the lines of the popular Minecraft, alliances with other players and survival in pure movie style hunger games.

If you liked this article follow us on social networks and comment your experience as a player or your assessment if you are a developer of mobile applications.